In August 2005 it became illegal to demonstrate in and around Parliament Square without prior police permission under the Serious Organised Crime and Police Act (SOCPA). So far Maya Evans has been prosecuted and a number of others have been threatened with legal action. The law states that it only takes one person to constitute a demonstration, so the question arises , if every time a politician (including the PM) gives an interview in Parliament Square are the breaking the law? Mark Thomson the political comedian thinks so and has written to the Director of Public Prosecutions calling for an urgent investigation. Mark has also written an article in the Guardian (13th Dec) explaining.

This is an absolutely crazy law which was used to get rid of Brian Haw, Maya Evans was prosecuted for reading the names of British and Iraqi dead at the cenotaph and people have been threatened with prosecution for displaying a cake with the word PEACE on it. Mark Thomas even had to get permission to where a red nose on Red Nose Day.

If you want to help, you can. If you live, work or are visiting London and
walk past College Green (opposite the House of Lords entrance) and you see an MP giving an interview then:

A recent e-petition on the Prime Ministers web site called for the BBC to make it’s proposed on demand TV service player available to work on any operating system. The BBC had previously suggested that the iPlayer would only be available to Windows users. We wait to see how long this takes.

“We the undersigned petition the Prime Minister to prevent the BBC from making its iPlayer on-demand television service available to Windows users only, and instruct the corporation to provide its service for other operating systems also.”

“The Government set up the BBC Trust to represent the interests of licence fee payers, and to ensure good governance of the BBC. The BBC Trust has responsibility for ensuring that the correct degree of scrutiny is given to all proposals from the BBC Executive for new services (such as the iPlayer) and any significant changes to existing services. To fulfill this duty, the Trust conducted a Public Value Test on the BBC Executive’s proposals to launch new on-demand services, including BBC iPlayer. This included a public consultation and a market impact assessment by Ofcom. In the case of the iPlayer, following the consultation, the Trust noted the strong public demand for the service to be available on a variety of operating systems. The BBC Trust made it a condition of approval for the BBC’s on-demand services that the iPlayer is available to users of a range of operating systems, and has given a commitment that it will ensure that the BBC meets this demand as soon as possible. They will measure the BBC’s progress on this every six months and publish the findings.” 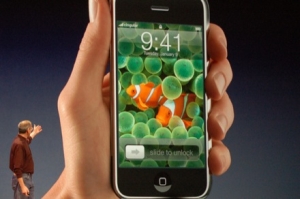 The new Apple iPhone looks ultra cool but with a hefty price tag ($500). It has no buttons, it’s all touch screen controlled. It’s a phone, an iPod, you can store your photos and surf the web. Have look at Steve Jobs presentation. There is no doubt this will be a winner for Apple and I look forward to seeing it’s release in the UK, but the price, as with many Apple products may put a lot of people off and as usual in rip off Britain a $500 US price will translate to a £500 UK price, not the £258 it should be..ho hum. 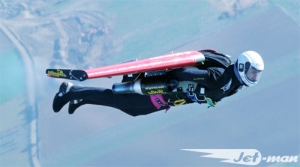 Is it a bird? Is it a plane? No, it’s Yves Rossy. This is one of the most incredible things I’ve ever seen, Yves Rossy is the jet powered flying man. This must have been one of the most fantastic experiences ever. You can watch the video and read more about Yves exploits…amazing.

I downloaded and installed IE 7 yesterday, not because I particularly wanted to but like it or not it will be shipped in most new PCs soon and will become the most common browser. So if you build web sites etc. you need to test on IE 7. The first thing that struck me was the extremely long installation time, the installer downloaded fairly fast but it wasn’t clear if all the files needed for installation were downloaded then or whether some were downloaded during the installation. Also, during the installation there was no options available, such as quit or pause, once you’d started you had to finish. For no apparent reason the menu bar is hidden by default and strangely appears now an again for some reason, I have now figured how to turn it on. It also broke my site layout, which works fine with FF and Opera so I guess we’re still going to have to write workarounds for IE.

The first woman tourist in space, Anousheh Ansari is writing a blog from space. Anousheh lifted off in a Soyuz on Sept 19th and has now docked with the International Space Station.

It is extremely easy to patent something in the USA which to most of us is obvious, remember Microsoft trying to patent the double click or BT laying claim to the internet link. Companies spend millions on this every year in an attempt to safeguard future investments or just to be able to extract money from companies or individuals for infringement. The Electronic Frontier Foundation is trying to get the US supreme court to change the law to make it easier to scrap patents that are clearly obvious by having additional evidence such a blogs and other media. With this in mind a blogger has set up a Wiki for people to post their obvious ideas thereby hopefully preventing some multinational money grabbing organisation from cashing in on it. If you have an obvious idea then post it here.

The BBC experiment adds the processing power of your home or office computer to thousands of others to predict climate change. The same model that the Met Office uses to make daily weather forecasts has been adapted by climateprediction.net to run on home PCs.

New Scientist, the science and technology journal has just launched two new blogs. The first, technology blog, deals with all the latest innovations, including videos of next-generation technology in action. The second, science blog provides a daily round-up of science news from around the world. New Scientist is an excellent pubilcation which I’ve read for many years so it’s nice to see them enter the blogshere. I particulary liked the article entitled I’ll send my android twin which reports that researcher Hiroshi Ishiguro is developing an android designed to look like himself which he intends to send in his place to conferences. Check out the video of one of Ishiguro’s female androids, called Repilee Q2, introducing herself, extremelly realistic.

New Scientist: Pigeons to set up a smog blog
Researchers Beatriz da Costa of the University of California, Irvine, came up with the idea of the pigeon blog with her students Cina Hazegh and Kevin Ponto. later this year in San Jose, California people will be able to read the live blog of pollution data from sensors carried by the pigeons. Not te first time we’ve used animals to let us know how much we’ve srewed up the environment.